The 2017 Ford F-150 has dominated the full size light duty pickup market for as long as most of us can remember–but competitors are looking for a way to challenge Ford’s supremacy. Can the upstart GMC Sierra 1500 take on the 2017 Ford F-150 and win? See how it measures up in our head-to-head comparison. 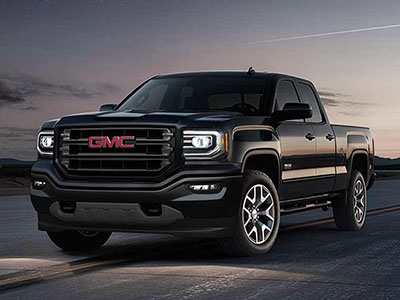 Trucks don’t change much about the way they look, especially not year to year the way other models might. That said, styling does matter in the truck market even though power and performance are the main topics of conversation. The 2017 Ford F-150 is big, blocky, and flat–and that’s been its claim to fame for nearly 75 years. Why change what works?

The exterior of the GMC Sierra 1500 certainly follows along very similar lines, but it’s a bolder and evokes a luxury look, especially as you head up the trim levels. A truck is a truck, you might say, but the GMC Sierra 1500 takes this category for its willingness to put a premium on styling. 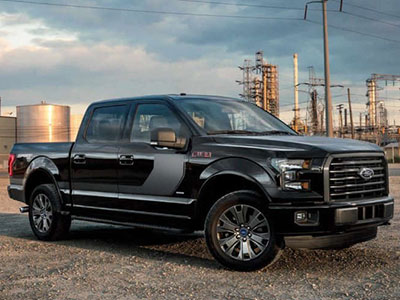 The 2017 Ford F-150 offers a nearly dizzying array of features and configurations–you nearly need a manual to navigate your way through them all. The workhorse base model XL gets an automatic transmission, rear-wheel drive, 17-inch tires, an AM/FM stereo, a vinyl floor, air conditioning, rear flip-up seats on four-door models, and a tilt/telescoping steering wheel. From there, the sky’s pretty much the limit with an a la carte menu of features and equipment so that you can build the exact truck that you need.

Unlike the Ford F-150, the GMC Sierra 1500 only offers packages of features, which means you may end up adding a lot of items you don’t want in order to get the one you do. The inevitable result is a larger price tag for features you didn’t want in the first place, and the frustration that goes with that lack of freedom to pick and choose. Round two, therefore, goes to the Ford.

It’s certainly not unusual for trucks to do a lot of miles in a year, so fuel economy is crucial. A rear-drive 2017 Ford F-150 with the 2.7-liter V-6 is the most frugal version of the Ford with EPA-estimated ratings of 19 mpg in the city, 26 mpg on the highway and 22 mpg combined.

The best fuel-efficiency the GMC can offer also comes from rear-wheel drive V-6 models, which are rated at 18 mpg in the city, 24 mpg on the highway and 20 mpg combined. That’s not terrible, but it’s a lot worse than the F-150 if you’re doing 50,000 miles a year or more. For fuel pump happiness, the win goes to the F-150.

With its fancy aluminum body and high-strength steel frame, it would be easy to assume the 2017 Ford F-150 would be an expensive truck. It’s actually more affordable than you’d imagine for something with such advanced engineering. An entry level XL has a starting MSRP of $27,110, while the most expensive model is an all-wheel drive Limited Super Crew at $63,625.

A top-of-the-line Sierra 1500 Denali is a lot less than the most expensive F-150, but more trucks are sold at the lower end of the trim spectrum and that’s where the GMC falls down here. The most affordable Sierra 1500 starts at $28,405 and that’s more than a thousand dollars more than the F-150 XL, and with the need to tack on packages to get the same features the F-150 can opt into individually, the price rises faster than with the F-150. The battle of the sticker price goes to the Ford F-150.

Learn More about the Ford F-150

The GMC Sierra 1500 is a good workhorse of a truck, but in a head-to-head competition with the 2017 Ford F-150, it simply can’t keep up. The 2017 Ford F-150 can boast best-in-class torque, fuel economy and payload capacity of 3,270 pounds–and with a smaller price tag. It’s easy to see why the Ford F-150 is still America’s favorite vehicle.