Although low gas prices are making buyers feel more comfortable with the idea that bigger is better in the automotive world, there’s no shame in wanting something that’s smaller and easier to manage. If you live in an apartment in the city and you’ve come to the realization an F-450 isn’t really a practical choice for your daily commute, you’ve likely turned your attention to the world of sedans. Take a look at how the 2017 Ford Fiesta and the 2017 Honda Civic shape up against each other.

Which One Will Turn Most Heads? 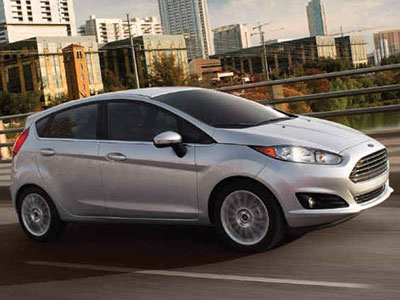 The Civic, one of Honda’s most popular models, is now available as a hatchback as well as a coupe and sedan. Although there’s a definite edge towards the sporty with its revised exterior, it could prove to be a little polarizing for some. The hatch does finally allow for the Type R to be sold, but the coupes and sedans are still likely to be the bigger sellers.

With two body styles to choose from with the 2017 Ford Fiesta, the choice is between a hatch and a sedan. The exterior of the Fiesta is bold, striking and thoroughly contemporary in either form, although the hatch is the decidedly sportier choice. And if you opt for the performance-orientated ST, the Fiesta really is quite a looker.

Don’t expect sports car performance from the Civic despite how its decidedly sporty appearance. Both engines are capable performers, but the ride is designed for comfort rather than thrills. It makes the Civic an excellent commuter vehicle, but the comfortable ride and the CVT transmission also make it a little short on fun.

With three engine options and plenty of other ways to configure the 2017 Ford Fiesta to your liking, the Ford can be pretty much any type of small car you want it to be. The electric power steering delivers the perfect amount of weighting and feedback, the suspension is beautifully tuned, there’s the choice of manual or automatic transmissions, and the chassis is world class. Even in the base model option, the 2017 Ford Fiesta is fun and enjoyable, and as you progress upwards through the trims it just gets better.

Best Bang for Your Buck?

You can have pretty much any features you would reasonably want in the Civic, but you might also end up paying for some you don’t want. Beyond the simple choice of trim and body style, Honda largely insists you buy options in packages rather than as individual add-ons. That means that you might have to pay for things you don’t want or need in order to get the features you really want.

It will cost you less to buy the 2017 Ford Fiesta than the Honda Civic, so you can up the ante on features with the cash you’ll be saving by going for the Ford. The Fiesta even offers some big-car features and amenities you wouldn’t necessarily expect to find with a vehicle in this segment, although you’ll obviously have to spend a little more to get them. We’re thinking of heated seats, leather trim, push button start, and ambient lighting to just name a few. 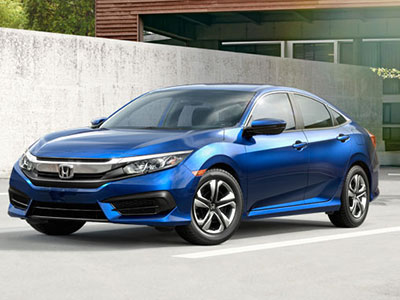 Almost every model in the Civic lineup boasts combined fuel economy ratings of 35 mpg, which means you’re going to have to turn to a hybrid or an EV to getter something more frugal. If you decide to go for the Civic sedan with the 1.5-liter turbo-four and CVT transmission, the EPA rates it as high as 32 mpg in the city, 42 mpg on the highway and 36 mpg combined.

The best the Fiesta can manage requires the turbocharged 1.0-liter three-cylinder EcoBoost engine and a five-speed manual, which delivers and impressive 31 mpg in the city, 43 mpg on the highway and 36 mpg combined. Although there’s really no such thing as a Fiesta with poor fuel economy, the range as a whole does fall a little short of what the Civic delivers.

Learn More about the Ford Fiesta

Neither of these two will disappoint you, but the 2017 Ford Fiesta is much more likely to put a broad smile on your face when you get behind the wheel. The styling is more alluring, the performance is more inspiring, and the fabulous ST models deliver all the style and fun you could want at a great value price-point. In fact, the Fiesta is just a better value all round, especially as it’s more easily configured to your exact requirements than the Civic.