“We always want to be known as the family Ford store that treats you like family,” says Mark Fisher, President and one of the owners of LaFayette Ford. The dealership is the only family-owned and operated Ford store in Fayetteville, and has been for 70 years. Mark Fisher and his brother-in-law, Tim Price, own and operate the dealership. It all started in 1949, when LaFayette Motor Sales opened its doors and began selling Ford cars and trucks in Fayetteville. The All-American dealership was built on fundamental values, like honesty, integrity, respect and community involvement.

“If you look after the community, then the community will look after you. That’s the idea we’ve tried to instill here over the years,” says Mark Fisher. “It’s not all about selling cars,” Fisher continues. “You have to be visible and involved and recognize the needs of the community.”

For Fisher and his team of one hundred employees, it starts with supporting the military and the local school system. Through Ford’s Drive One 4UR School and Drive One 4 the Troops special fund-raising events, LaFayette Ford raised over $10,000 for area high schools, and another $10,000 for the National Military Family Association. 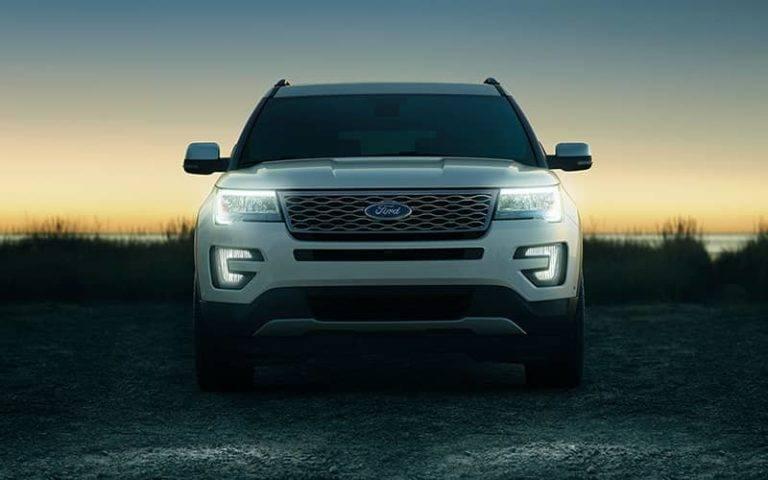 In addition, LaFayette Ford is involved with AUSA, BSAC, PSAC, MAC and Friends of SOF. They also proudly sponsor events at Fort Bragg, like the annual Holiday Tree Lighting Celebration. Each year, LaFayette Ford awards scholarships to outstanding local FFA students and gives the Principal of the Year a one year lease on a new Ford.

Both owners are actively involved in their local Kiwanis club and serve their community through various avenues through that civic organization. They also proudly support the arts, local children’s charities, the Fayetteville YMCA and many other deserving local charities.

In 2012 and 2013, LaFayette Ford’s commitment to excellence in customer service earned the dealership one of the highest honors possible, the President’s Award from Ford Motor Company. The award is given based on customer surveys about the level of professionalism and customer service given by the dealership. Alan Mulally, the President and CEO of Ford, personally visited LaFayette Ford to give the award to the owners and staff. That will be a day long remembered by everyone at the dealership. “We’ve always used the old golden rule philosophy. You simply treat customers the way you want to be treated,” commented Fisher. “It’s just really wonderful to be recognized for it.”

LaFayette Ford has achieved 70 years of success by being the family-owned Ford store that treats you like family. Mark Fisher and Tim Price continue building on that solid foundation of family values, taking LaFayette Ford into a bright future. 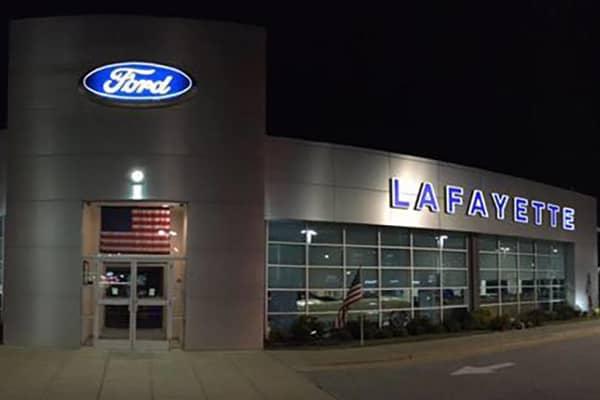